I Won't Take Another DNA Test, The Child Is Not Mine - Davido 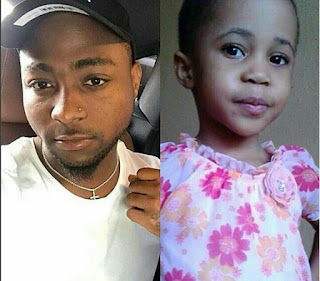 Singer Davido has said he has no interest in undergoing another paternity test to prove whether or not he is indeed the father of Aanuoluwapo the daughter of Ayotomide Labinjo.


Asi Asika the manager of the artiste told this to Sunday scoop. According to Asika, the Lady in question was never met by Davido until she announced she had a child. "She is just an opportunist who wants to exploit Davido's fame and wealth". He claimed.
Even if a meeting had occurred, one DNA test is enough to prove if indeed the singer was her daughter's father. The first test was negative ruling out possibilities that Davido was the little girl's father.
Davido while reacting initially to the scandal had said that although the test came out negative, his family out of pity had given money to the lady Ayotomide.
Meanwhile the family if the 26 year old lady namely her mother maintains that Davido's father had influenced the DNA result.
"The child is not mine" Davido insists, maintaining that Imade Adeleke is his first child.
- March 19, 2017
Email ThisBlogThis!Share to TwitterShare to FacebookShare to Pinterest