Is Oge Okoye Trying To Tell Us Something With Her New Movie "Imperfect ME"? 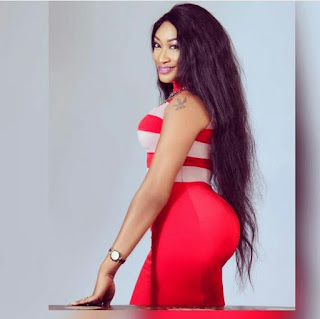 IF Nollywood actress Oge Okoye is bothered in anyway about the insulting instagram saga that occurred yesterday, she is doing a great job of hiding it.


The actress was busted for cropping out the picture of some puppies belonging to American actress Kenya Moore and claiming them as hers.
Nigerians did not take it lightly with Oge, they called her a disgrace to the whole African continent.
The actress had to turn off comments on her page as the comments kept coming in... Surprisingly, Oge snapped out of it and gave the world am impression that she doesn't care.
She posted a video of herself dancing with two of her colleagues in Instagram, and laughed the whole issue off.

Meanwhile, the actress is presently working on a new movie 'Imperfect Me', is the actress trying to tell us something about herself?
No one is perfect, we all have our imperfections, just like Oge Okoye. Most likely, she wants to show us her imperfect side.
She made reference to the coming movie as response to the puppy brouhaha. Now we have no choice but to watch Imperfect Oge Okoye!
La'bos
- March 05, 2017
Email ThisBlogThis!Share to TwitterShare to FacebookShare to Pinterest