Labosonline Short Story: The Abortionist And His Client... 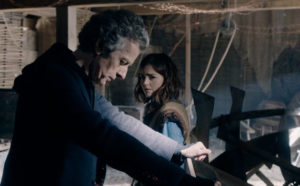 She sat smugly on the tiny uncomfortable seat...staring fixedly at the ugly painting of a dove hung on the wall, if you didn't know better, you'd think she loved art!
Her little black purse was clutched tightly in her hands...her left foot was collaborating with the untiled floor to produce a rhythmless beat. She had been waiting for only six minutes according to her watch...yet it seemed like six hours.

Her cell phone vibrated, she opened her black purse, rummaged in it for her phone and on seeing who the caller was, she hit the end button without thinking twice.

Tears gathered in her eyes and she raised her head to discourage the flow.
The tears wouldn't be stopped. She wiped at her face frantically with the back of her palm.

Just as the tears stopped, the door opened and she looked up...
Her hands clasped and unclasped. Her legs began to shake. Her heart twisted inside her. She opened her mouth but words failed her...she kept staring at the man who entered briskly, ignored her and walked to a corner in the room.

"Hello" The man finally greeted her, looking everywhere but at her. If only he would look at her and assure her that all would be well...she still couldn't utter a sound. The man didnt seem bothered.
"em, sorry for the delay,...was attending to others..."

She could only nod in response, her mind was elsewhere...-not far from the room though, infact her mind was on The Man!-
His appearance was a mockery...he had on, a faded denim shorts, a red Tshirt with a bold inscription that says "MY SPECK, YOUR LOG!" Whatever that meant...his baseball cap was black and he also had a black sandal on.
What could she make of this dress code? Was this the Man...? Her heart pounded.
'God' she muttered
'sacrilege' she thought. Calling God's name in...

"Ok, Can you please come with me now..." Her heart flew into her mouth. Now. She rose on shaky feet. Her little purse became a burden. The Man strode into a semi-dark room, (it reminded her of a studio)  and became busy arranging pans, spoons and knifes...

She stopped but didn't enter...