Marriage Is Not For Everybody - Dayo Amusa 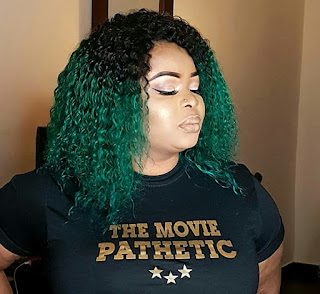 A viral video of Nollywood actress Dayo Amusa is presently trending like Dino Melaye's victory song, the reason is simple: she mentioned the M word; marriage.


Marriage has become a very sensitive topic in the Nollywood industry so much that the news of a Nollywood star getting married if followed with much skepticism and fear, due to the fact that these days, untying the knot is faster than tying it.

In the video, the producer of marriage hit the nail on the head when she said marriage is not for everyone. She did say marriage is for her but not all is destined to be married.

"MARRIAGE IS NOT FOR EVERYONE"-DAYO AMUSA DECLARES #DAYOAMUSA #NOLLYWOOD #ACTRESS #ENTERTAINMENT
A POST SHARED BY 100%NOLLYWOOD (@PLAYGROUND.NG) ON MAR 31, 2017 AT 7:31AM PDT

However her analogy of the bible might be a bit misplaced as she quoted "He Who Finds A Wife Finds A Good Thing" her argument is that the bible said 'He' not all.
In her words, even the Bible knows that only some will be lucky. She also said that a marriage institution is not like a shopping mall that we rush to excitedly, then step out as we get bored.
Marriage should be a serious thing and we know that not every one is serious. This could be why the actress insists that marriage is not for everyone.
La'bos
- March 31, 2017
Email ThisBlogThis!Share to TwitterShare to FacebookShare to Pinterest