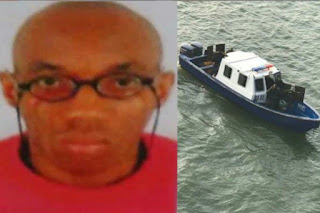 The Marine Police, Lagos State police command has confirmed the recovery of the dead body of Dr. Allwell Orji, who jumped off the third mainland bridge into the Lagos lagoon on Sunday.


The Lagos State Commissioner of police, Mr Fatai Owoseni confirmed the development, saying the family of the deceased had identified the body of the late Doctor.
Until his demise, Dr. Orji worked at the Mount Sinai Hospital in Surulere area of Lagos State, and was said to have been on his way to a meeting just before he suddenly jumped into the Lagos lagoon.
Reports had it that the late Orji had asked his driver to stop the vehicle before he jumped into the lagoon.
Following his death, there were revelations that the young Doctor had made a couple of attempts to end his life before he finally succeeded last Sunday.
His body was found washed away to the CMS part of the Lagoon.

- March 24, 2017
Email ThisBlogThis!Share to TwitterShare to FacebookShare to Pinterest