"Please Share" Kemi Olunloyo Pleads as She Was Dragged Away By The NPF. 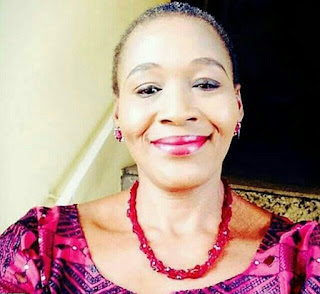 Controversial blogger and journalist Kemi Omololu Olunloyo this morning took to her page to announce that the Nigeria Police Force were at her residence to pick her up for offenses or crimes not revealed to her as at her time of arrest.

This coming in the wake of Chocolate City's boss arrest and detention. Audu Maikori was arrested and rearrested for making inciting statements, although he later retracted and apologized.

The blogger, Olunloyo however weighed in on his arrest reiterating that Nigerians should be made to enjoy freedom of speech. Could this be the reason for her arrest. Or Has the journalist stepped on toes considering her stance on many issues that are quite controversial.

Could it be the case of an angry actress who had been called "Slut" by the journalist? We know she would return with all the stories exclusively.
But her parting plea as she was dragged away was "Please share" and thats what we are doing.
La'bos

- March 14, 2017
Email ThisBlogThis!Share to TwitterShare to FacebookShare to Pinterest