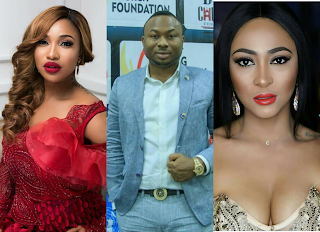 Actress and face of Churchill foundation Roseline Muerer has disabled her comment section on Instagram following the heavy curses and back lash that was unleashed on her after Tonto Dikeh's confession that the budding actress was indeed the cause of her break up.


Roseline Muerer had vehemently denied this allegation and even travelled to South Africa to take a break from all the stress according to her, when the reports first surfaced online.
Until the videos of Tonto Dikeh's confession was released, Rosy had held her grounds that sleeping with Tonto Dikeh's husband would be like sleeping with her own brother, but according to Tonto, she was indeed sleeping with her husband.
The upcoming actress who had her birthday last month told her fans, followers and every one who cared to listen that she had spent her life savings gifting herself a Land Cruiser Jeep, but according to Tonto Dikeh, the gift was from Oladunni Churchill her husband.
Naturally, fans descended on Roseline's page to call her out for these allegations, unable to bear the heat, she disabled her comment section and has not returned online.
La'bos
- March 09, 2017
Email ThisBlogThis!Share to TwitterShare to FacebookShare to Pinterest