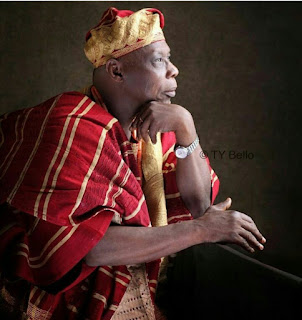 As the first President of democracy, Former President Aremu Olusegun Obasanjo remains the father and fore runner of democracy in Nigeria.
Whether or not we agree with his ideals, it remains a strong fact, that Obasanjo is a giant in Nigeria and even in Africa.


Asides his stints as leader of the Nigeria nation two times over, Obasanjo is a man whose life remains enviable and who would always remain an enigma.
Baba as he is fondly called has walked paths that fed on many and swam in oceans that drowned even the swiftest, wonders upon wonders, he never lost his sense of humor!
At 80, we can't help but give this great man accolades if not for his ideas and ideals, but for being a prolific voice in the African continent and the world as a whole.
Obasanjo remains the political giant whose voice booms and echoes even when he only whispers in the confines of his room, many love to hate him, but it seems Baba is immune to hatred. He probably has a strong skin and feels no emotions especially hatred.
A father, a grandfather, a husband, a leader,  a great man who has lived through hard and good times to attain the ripe old age of 80!
Let's put our sentiments aside and give 80 hearty cheers to the giant called Aremu Olusegun Okikiola Obasanjo! He really deserves it...
La'bos
- March 05, 2017
Email ThisBlogThis!Share to TwitterShare to FacebookShare to Pinterest