Superstars And Married Men, Why The Trend Will Continue... 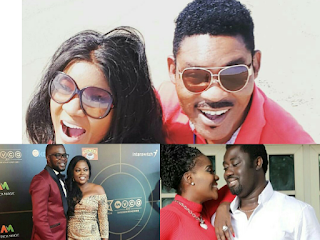 One of the prices we must pay for fame is saying goodbye to privacy and getting ready to always be in the public view.
Many understand how this works and they have smartly adapted to the rules of fame and gallantly paying the necessary price.
However, some want to eat their cake and have it, thereby doing all it takes to make the two uneven ends meet.
We've heard men in the industry (Nollywood) say they would rather remain single than marry a lady in their line of profession, it bugs the mind why this is so, but according to these men, they want a wife who would be home with the kids even if they have to hop from location to location.
In the same wise, young ladies in the industry see taking forever to settle down and marry. Ask them, they'd tell you it's their life and it's their biological clock ticking... Meaning it's nobody's business.
Well, it shouldn't be anybody's business but somehow it becomes everyone's business when husband snatching allegations fly from one end to the other.
Actresses are allegedly 'dating' married men with no care in the world how they hurt the wives.
The reality of it all is that they are safer with these married men as their goals are the same.
A married man would not go on snapchat to say he is dating, let's say Lupita Nyong, or Taraji p Henson. However a single young guy who believes in love might enthusiastically post loved up pictures encroaching on the privacy the actress wants to protect.
In the same vein, a young man might see the popular actress as an accomplished and independent woman who would not want anything to do with him, hence Ha shies away, leaving the hopeful actress in the hands of the fearless married man.
In some cases also, the Star actress believes only a balanced, super rich man can meet her needs. Her needs are met financially, sexually, and there is no stress of "let's get married"
The truth is marriage might slow things down and they'd rather remain single than slow down. Dating a single man would definitely put a strain on them emotionally.
Still, the wives are crying "Leave our husbands and go get yours" but the truth is if they wanted marriage, they wouldn't even date those men in the first place!
Marriage is not so bad after all, if it didn't slow Omotola Jalade Ekehinde down, it might not slow you down. Mercy Johnson Okojie is married and thriving, so is Funke Akindele...
La'bos
- March 25, 2017
Email ThisBlogThis!Share to TwitterShare to FacebookShare to Pinterest