T-Boss and I had a cordial relationship, I hope she is able to reveal the truth behind the video - Kemen 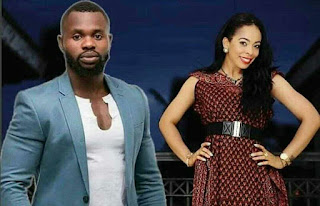 Big Brother Naija housemate Kemen who was disqualified after a video of him allegedly trying to take advantage of a sleeping T-Boss surfaced has said that there is indeed more to the video than we have been led to believe.

Kemen who spoke in a recent interview says that of all the women in the Big Brother house, T-Boss was the one he really liked and showered with a lot of respect.
Apart from respecting T-Boss, I respect women a lot and would never put any woman in harms way, he said.
According to Kemen, there was a very cordial relationship between T-Boss and himself because they really liked each other.
"I hope she will be able to reveal the truth behind that video soon" he said referring to the video that led to his disqualification from the competition.
T-Boss on the other hand had told big brother earlier that she was on her period when Kemen touched her. She also revealed that the other housemates now behave badly towards her because of Kemen's disqualification which she was blamed for.
La'bos

- March 10, 2017
Email ThisBlogThis!Share to TwitterShare to FacebookShare to Pinterest