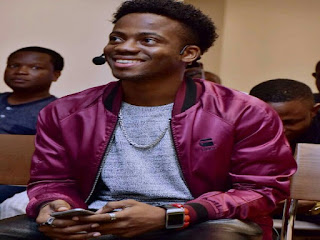 Mavin boss Don Jazzy in a new interview with GoldmyneTV has disclosed that although he worked on about 50 tracks with Korede Bello, they had to be careful not to over-flog the album like they did Reekado's recently released album.

He further revealed that although the choice of selection was left to both himself and Korede, the singer chose 11 tracks, stating categorically that number eleven is so special to Korede Bello.

"Korede loves the number 11, he has always loved that number, the number means so much to him" Don Jazzy revealed.
Not only does the #Belloved album of Korede Bello has eleven carefully selected tracks, the album was also released on the eleventh day of the month.
- March 15, 2017
Email ThisBlogThis!Share to TwitterShare to FacebookShare to Pinterest