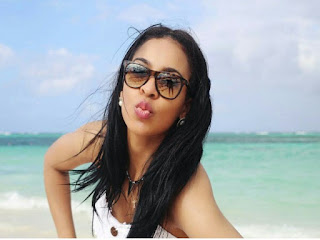 A video clip of TBoss bragging about how the BBN prize money of 25million meant nothing to her and how she would spend it in less than a week if she gets it.
The video also showed her telling Eve her Co housemate that she has Private jet owners hitting on her.
This happened after her clash with Bisola.
However a new video has appeared and this new video has a totally different version from what we heard and saw yesterday. This in fact could be what TBoss really said.
In the new clip, TBoss told Eve that it was useless fighting over money that will definitely finish and to abandon relationships that could end up making you very rich.

She made reference to the 25million prize saying that if she got the money, after paying tax and giving everyone a share, there would be nothing left for her.
She also talked about Private jet owners hitting on her, but she has rejected them to come hustle on Big Brother like everybody else.

While the first clip portrayed TBoss an a runs girl who had no care for Big Brother money, the other revealed a girl with many hustles and struggles who needs the money as much as everyone else.
According to Uti Nwachukwu who keeps advocating for her, this new clip is the unedited version and portrays the real TBoss.
La'bos
- March 15, 2017
Email ThisBlogThis!Share to TwitterShare to FacebookShare to Pinterest