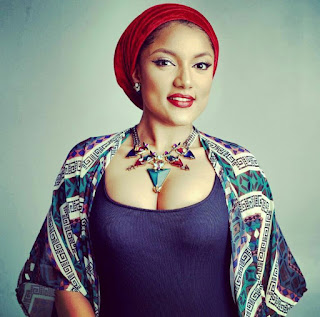 Former Big Brother Naija housemate Gifty Powers is presently under hot criticism and backlash by Nigerians following her very emotional interview where she confessed that she was once married.


The information of Gifty's marital status became public while she was still a housemate in BBN, but every time the issue was brought up, the young woman would deny vehemently.
Not only Gifty lie about being married, she even claimed that the photos in circulation were shots from a movie location, she lost her fans almost immediately as she was termed a pathetic liar.
So it came as a mild shock when the actress confessed during an interview on Monday that she was once married and her marriage ended badly because she was so young and naive.
Nigerians did not find her confession funny, neither did they pity her tears which they condemned as 'crocodile tears'
Meanwhile a source who would rather remain anonymous claims that Gifty was just acting in the interview and her tears were not real.
The source swore to the heavens that there was more to Gifty's failed marriage than she was letting on.
According to this source who happens to be a family member, Gifty was not totally naive as she now claims.
"She should tell the truth of how she was sent packing" our source said.
This is not totally different from what many have commented since the interview became viral.
Gifty claims she was 19 when she married in 2014, putting herself at 22 years old now.
No wonder Nigerians do not believe her words despite the strength and the 'character' she mustered up to make it believable!
La'bos
- March 16, 2017
Email ThisBlogThis!Share to TwitterShare to FacebookShare to Pinterest