9ice's Latter Might Be Exceedingly Greater Than His Former; See Why! 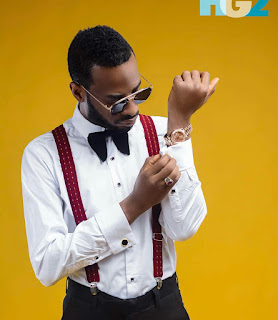 It is not news that 9ice was once the hottest thing in the music industry. He was the lyrical lord of the industry, with several great hits, recognition and awards to his credit.


The singer made waves with his Gongo Aso album so much that we were already looking forward to him winning the Grammy's he prophesied he would bring home.

However, the singer had a little relapse and almost faded into oblivion.

Nigerians being whom we are gradually looked elsewhere forgetting 9ice who once bursted their speakers with great tunes like gongo aso, No be mistake, I'm a party Rider!

It was so bad that the singer was seldom mentioned in tabloids and on blogs, he fell that low until his 36th birthday when he made the resolution to return.

9ice made his return into the industry with as much zeal as he used the first time around.

Today 9ice is making great waves again, appearing on tabloids and blogs. Making new tunes and new videos. Being 9icer than he ever was, as hopeful about the Grammy's as he was the first time around.

La'bos
- April 03, 2017
Email ThisBlogThis!Share to TwitterShare to FacebookShare to Pinterest