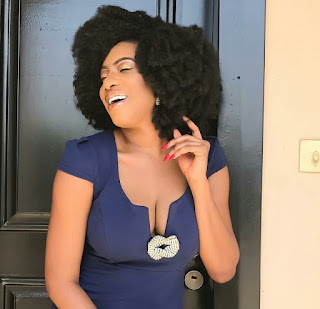 Nollywood actress Chika Ike has an advice for Ladies who target rich boyfriends, sugar daddies or husbands all in the name of wealth.


The actress who is a Jack of all trades was on one of her construction sites today says that women should try to empower themselves by working hard and smart instead of targeting rich guys.
Asides being into real estate, Chika Ike is also the producer of a TV reality show called African Diva.
The actress has pointed out with this post that she is not one of the actresses who target sugar daddies or boyfriends. She is a hard worker whose aim is to be rich.
Smart Lady.

- April 03, 2017
Email ThisBlogThis!Share to TwitterShare to FacebookShare to Pinterest