My joke was not to promote sexual assault but to help Kemen lift the burden of suicide pressure... 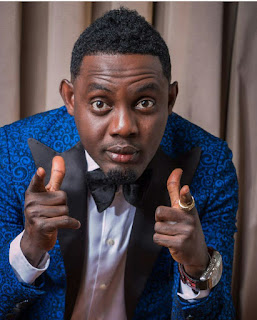 The AY live show might be officially over but the side talks and murmurs are still going on, this owing to the displeasure many felt after the host of the show made some jokes that many found distasteful and insensitive.
While the show was in full swing, Ay had invited all the Big Brother housemates to the stage and had joked about Kemen and TBoss's issue; the same issue that got Kemen disqualified from the game.

In his joke, Ayo Makun mentioned that he has a wife and a daughter and he doesn't support assault of any form then he went on to say it is cool for the ladies to be angry but the men should just keep quiet "you know wetin be Konji" he said and everyone laughed.

The fans of TBoss however did not find the joke pleasant or funny, they thought it was insensitive and it made TBoss uncomfortable.
Ay apologized to Tboss and her family for the jokes and stated that he didn't mean to embarrass TBoss.. "I only felt pity for Kemen after I heard he came out when Pastor Adefarasin called out people who have thought of suicide" he said in his apology.
- April 19, 2017
Email ThisBlogThis!Share to TwitterShare to FacebookShare to Pinterest