See Timi Dakolo's response to woman who begged him to perform free at her sister's wedding. 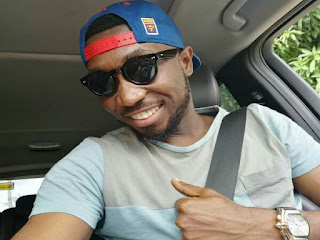 Apparently singer  Timi Dakolo is not in Lagos to count bridges judging by the straight forward response he gave a twitter user who begged for a free show.
The twitter user tweeted at Timi Dakolo asking him how many retweets would make him appear at her sister's wedding and perform free. According to her, the bride to be really loves Timi Dakolo's music.

"She is one of your greatest fans" the twitter user tweeted.
But our dear Timi Dakolo would not be patronized, the only retweer that wouldake him perform at the said wedding is Money and he did not write it in small letters.

The Medicine crooner wrote money in all caps for emphasis. So if you think you can patronize Timi for a free show, have a re think.

- April 10, 2017
Email ThisBlogThis!Share to TwitterShare to FacebookShare to Pinterest