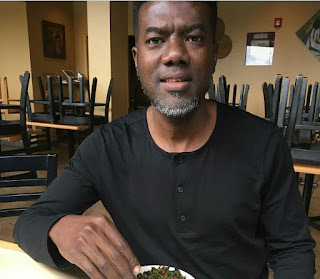 Reno Omokri the spokesperson to former president Goodluck Jonathan has told singles to stop crying foul when they are 'cheated' on by their partners, according to him sleeping with another party outside a relationship is just as unfaithful as sleeping with the person you are having a relationship with.
According to Reno who is also a part time Cleric, sex outside marriage itself us cheating because sex is exclusive to married couples and not girlfriend and boyfriends.

His opinion was borne out of the need to respond to a post trending online about a lady who still went ahead to cheat on her boyfriend with another guy despite the sacrifices of the real boyfriend for her.
Reno thinks that in itself is not cheating, because they were not married.

"You can't cheat on girlfriends. You only cheat on wives. Sex with girlfriends is itself cheating. Sex is exclusively for marriage" he tweeted.