Tonto Dikeh is mad at me because I refused to testify against Churchill, she is a great liar who needs to repent! - Nanny spills 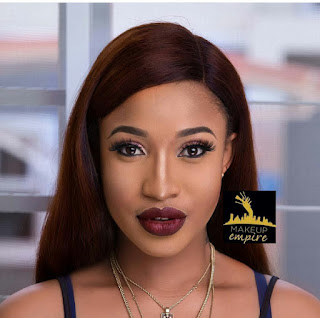 The nanny of Nollywood actress Tonto Dikeh & Churchill's son King, Mrs. Mgbechi Enyinnaya, has made some shocking revelations after her sack which was made public.
The Nanny in an interview with New Telegraph has debunked all of Tonto's claims about her husband most especially the domestic violence accusations.

According to the nanny, who witnessed their life together, not once did Churchill beat his wife. She revealed that the few times they argued, Tonto was always the one getting violent and hitting her hubby.

She also made it clear that Tonto Dikeh's claims of being a changed person are all lies! "She can lie to wake a dead body" the elderly woman stated, emphasizing that the actress really needs to change her ways.

The Nanny who vowed never to return to Tonto also reveals that the real reason of her former boss' anger was the fact that she refused to back up her lies against her husband.

The nanny alleged that Tonto tried to force her to lie by making a video to tell the world that she witnessed Churchill abusing his wife physically many times, which she refused.

"She needs to change" the woman concluded.