"What if I copied Jenifa's diary?" - Toyin Abraham speaks on the alleged beef with Funke Akindele 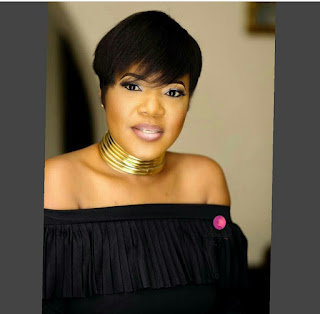 Actress Toyin Abraham has finally shed some light on the rumoured beef or quarrel between herself and co star actress Funke Akindele of the Jenifa's diary fame.
Toyin while on Ebuka's show was asked if truly she was inspired by Jenifa's diary to produce Alakada series according to what many movie lovers are saying.
The actress in her response said it would not have been a crime if she got her inspiration from Jenifa's diary or copied Funke Akindele who she greatly loves and admires.
"Funke Akindele is my role model and I look up to her, so if I copied her work or draw inspiration from it, I believe she should be proud of me as her product"
On whether or not she copied, Toyin says she had the Alakada idea way  before Jenifa's diary.
"Alakada and Jenifa's are two different stories. The story lines are totally different" she said putting an end to the flaming rumour of a beef with Funke Akindele.
La'bos

I love them both .