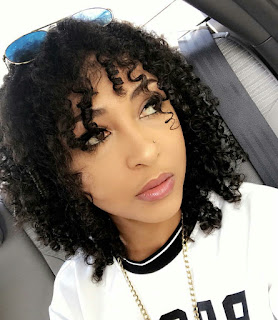 Nollywood actress Roseline Muerer who came under the radar about six months ago after Tonto Dikeh's split from her husband Churchill is in the news again.

The actress was openly accused of being the cause of the trouble between Tonto and hubby. It could be recalled that in an interview, Tonto Dikeh mentioned her as her husband's mistress.

For months after this, the tag 'husband snatcher' followed her everywhere she went.
Days ago the actress posted a letter on her page that she 'wrote' for her future husband. The latter was so sweet that even her foes were forced to double click.

Only for a female youth corper to publicly call Rosy out for stealing her letter, a letter she wrote about a year ago and recently just deleted.
"Please take it down and search your heart for your own words if you must write a letter to your future husband" the corper wrote also posting a copy of the original latter dated as far back as August 2016. 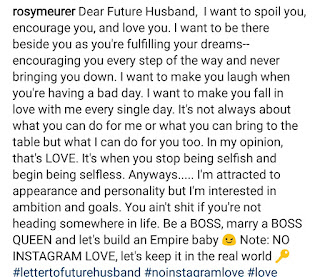 Is Roseline bothered about this new accusation? Well, no!
See her response;

La'bos
- June 23, 2017
Email ThisBlogThis!Share to TwitterShare to FacebookShare to Pinterest