Echoes From The Past: My Encounter With Ajiboles 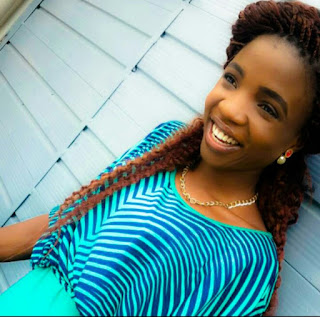 In my usual playful and naughty way, I updated my BBM that morning while in a public transport with the personal message;
“Alert!!! In a bus, the sea is below and everyone is asleep but me… now I feel sleepy too! I hope all is well o. but, in case you don’t see me…erm”


Little did I know that the message would be the last on that particular device! That sleep inducing journey actually ended well, with me tapping my co passengers (who probably needed the little nap before the day’s hustling fully commenced) when the bus stopped and some of them slept on like Bro Jonah.

A guy smiled at me as he jerked back from dreamland, looked at me with uncomprehending eyes and I said to him; “CMS”
I swaggered to my destination… a while later, I swaggered out. My mission was successful and I was returning to where I came from.

I didn’t swagger this time, I jumped into the ‘keke Napep’ that had only one other passenger; a guy.
“Se change wa?” The driver asked me and because I wasn’t sure, I took my purse out of my bag to check…
“No. I have 500” I told him in English.
“Ah, omo to fine, mi o ma ni change ke…” I didn’t reply, I told him to stop to which he smiled and said “no worry, I go carry you” OK o.

I relaxed, returned the Naira note I had initially brought out back into my purse, closed the purse and began to toy with my phone.
The tricycle had not gone far when two other guys jumped in, one in front and the other at the back.

Oops! I was in between two men… not my favorite situation (well, you know why) but what could I do? The driver and the passenger with him began to talk about Baba Ijebu, “mo perm e ni o” Aaah, two direct lo sure ju…”

I felt it before I saw it…cold and sharp! Mosquito? No way! Then I saw it, a knife was pressed against my rib through my garment…yes rib! I mentally calculated and knew it was the fourth rib (ok, maybe not) I looked into the eyes of the man troubling the seed of Israel.

“oya, bring am.” He said in a whisper I almost missed. Believe it or not, I smiled.    (I be La’bos nah…)
Ghen ghen! I don enter one chance! I looked beside me at the other bearded passenger, he had no knife but seriously, between his teeth and the knife, if given the choice, I would gladly, gratefully choose the knife ten times over. And so I turned back to the knife and declared my asset. My hard earned Asset! (Wait lemme cry...😢😢😢😅😅😅)

My phone with over 36 archived messages saved for the coming of the Lord, about 400 carefully selected and arranged songs, over 2000 memories, about 300 contacts of foes and friends, 6 drafts of some of my unfinished works.

Plus, my hard earned currency, a total of about…erm…(sebi dollar don rise?)erm…about $16 sha (*asko*do the calculation yourself ,money does not grow on trees).
And last but not least, they collected from me 7 solid curses…that I was actually going to use for something else later in the week.

In a flash, they were gone. All three guys! And I was still smiling, until I heard the most aggravating and annoying question ever asked. “fine geh, ole ni won abi?” (fine girl, were those thieves?) that was the driver.

And I answered “rara, ajihinrere ni won” (No, Evangelists.)
“Aaaaah” he lamented and swerved dangerously and I snapped; “se e siere!” . Elekun n sunkun, La’aroye n sun eje! He was taking panadol for my headache…
He took me to Balogun market sha, from where I found my way home. Did I mention that he didn’t get any payment for his service? Nah, he was too kind…even though I tried to give him the N40 I could salvage. (Remember the dollars were gone)


Now, permit me to shed a few tears for those precious things that lost their life in the struggle…*grabs tissue**begins to roll on the floor*

La'bos
- June 21, 2017
Email ThisBlogThis!Share to TwitterShare to FacebookShare to Pinterest