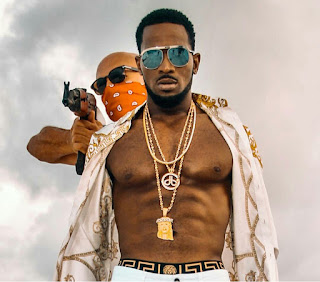 The one and only Nigeria Kokomaster Dapo Oyebanjo Dbanj seems not be on good terms with his numerous fans despite his struggle to give them 'back to back' enjoyment with his new songs.

Dbanj who recently dropped a hot single "It's Not Lie" accompanied with a beautiful video earlier today introduced his fans to his new single still in the works "Be With You"... while some of his die hard fans continued to hail him as the King, a few outspoken asked him what happened to the good music he was known for.

Before Dbanj angrily disabled all comments on the post he clapped back at a fan... It could be recalled that just last week an Instagram celeb and comedian pointed out that the song Ít's Not A Lie" was not good enough for a singer of Dbanj's caliber despite the infusion of Harrysong's melody and Wande Coal's finesse.

2008 had Dbanj dropping one of the best albums Nigeria has ever seen "The Entertainer"... music critics have claimed that was Dbanj's greatest effort in his music career.

Whether we like it or not, Dbanj is still an Entertainer and a fine one... or is he not?

La'bos
- June 21, 2017
Email ThisBlogThis!Share to TwitterShare to FacebookShare to Pinterest

Hmmm I once saw an interview btw Dbanj n Don Jazzy and it was revealed that Dbanj originally is a "Boys to men"kind of music singer. Blues abi? But Don jazzy revealed he adviced him to be more of a commercial R n B , Rock and Club hit singer. Dbanj gladly accepted and ofcourse Don was able to produce hit beats to go with all the songs making Dbanj widely accepted but since he is no more with the man that talked hin into that genre of music nI don't know if he will be able to cope except he goes back to his original genre. Maybe he will come out better