Singer Harrysong Welcomes Twins in US. 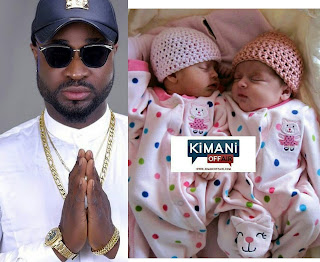 Alter plate boss Harrysong also known as Mr Songz has gallantly joined the league of baby daddies in the entertainment industry proudly registering his entrant with a beautiful set of twins.

The singer who has successfully kept his relationship hidden welcomed his babied in far away Beverly Hills USA earlier in the week and according to reports from sources close to him, the babies; a boy and a girl have been named.

The girl was reportedly named Tarela while the boy was named Perez.
Harrysong who is presently in the US and working on his double album is reportedly over the moon with joy as he becomes father, joining many others in the industry.

Of all the baby daddies in the industry, Harrysong is the second welcoming twins. 9ice set the twins record with a set of female twins years ago.
Congrats to Harrysong.

- June 22, 2017
Email ThisBlogThis!Share to TwitterShare to FacebookShare to Pinterest