The Story Of A Vain Tenor Singer! 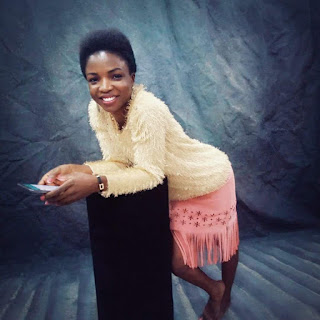 It was about fourteen years ago...and I was still in awe of Evangelist Tope Alabi, never bought any of her albums but I could sing each album (I think just about two then) track for track.


Then one fateful day, my Choir director Ojerinde Temmy Crown came to the rehearsals and said to me: "Bose, you will be joining the Tope Alabi band"
It happened back then that the band was short of a back up singer and Aunty Tope called my CM who was a friend of her husband Uncle Soji and because I used to be a good singer back then before the 'world', I was the choice.

The deed was signed, I went for a rehearsal, she and her husband tested me in all the parts... I remember her asking me which of her songs I could sing perfectly and I answered "Ejo n be lorun arodake"

She got up, gave her little baby to her mom and together we sang the song verse by verse...my tenor was doing 'tirinrintirinrin'!
She was impressed, her husband (Choice) was impressed and right there on the spot, I was promoted to be her duet on stage!

Back then I was working in a factory, doing 😂😂😂😂😂 (story for another season)

Then our first outing came!
I got to Aunty's house around Alagbado and the preparations began... We rehearsed, I was a terrible dancer! Chai! She would look at me and shake her head "Bose o need lati Jo o" and I would smile and disturb the peace of the floor briefly before returning to default

The other girl Funmi was one kokoro like that, small thing she don reach floor...kilode! She can dance for Afghanistan... While I was always as stiff as a rod!

Night came and we started dressing up for our show in Ibadan.
Then came the costumes!
I still cannot put a name to the material but the style has not left my head since 2003!
It was the ugliest piece of clothing I had seen in my life...
Wait, what if I ran into a potential boyfriend?
And I was not just a back up but Aunty Tope's duet, meaning I would stay right beside her doing the moves and the walks with her...

She could decide to walk into the audience, I would go with her...in this 'beans sack'?
Forgive me but I was vain!

I kept looking for a way to make the clothe finer and I realised the others weren't even bothered in the least, they already tied their scarfs in the ugliest fashion...

Hmmm...then Aunty came out and she was looking gorgeous! Her make up masterfully applied to make her look natural. Her lips were shinning and her dress was fitted and perfect! I hated her, I looked like a maid!

They already told  us make up was forbidden but trust me, I still managed to draw thin lines on my brows and apply 'wet lips'

Then I said a silent prayer that no one would see me in Ibadan that night!

It was an interesting journey...uncle Soji Alabi was the driver, we sang all the way to the biggest church in Ibàdan.

The program had started when we arrived but they still announced our presence and even in my ugly garment I felt proud! I was a star!

We were announced! Aunty gave one last sermon...we prayed. Aunty moved and we followed... I could not cat walk...not in that garment so I dragged my feet and followed.
I lifted my head to see the crowd!!! I almost swooned...

She knelt...I knelt with her
She opened her mouth in soprano
I followed in Tenor and I forgot about the ugly clothe.

We ministered for thirty minutes and closed it with "Ejo n be lorun arodake..."
It was awesome!
We were awesome!

It ended.
Aunty was paid in cash.
30K
We got back to Lagos, I got 500N and I lived happily ever after!

La'bos
- April 28, 2018
Email ThisBlogThis!Share to TwitterShare to FacebookShare to Pinterest