When The Walks Started (Part 2) 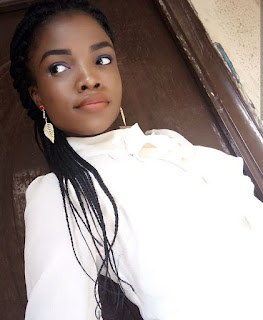 I was ecstatic. I had a job that does not entail scrubbing toilets and feeding straying husbands or buying 'CDs' for little harlots! I was going to write...cool!

There was only one problem...
My first month would be 'salaryless'... Meaning for two months I had to find a way to transport myself from Ayobo to Oke IRA every day!
I needed 700hundred daily, and with 700, I dared not buy gala or La casera...


The first month was cool, my mom would make sure the 700 was ready every morning, sometimes it was my sister, they made sure I went to work. Sometimes, it was 500 and I'd make the decision of which of the buses to skip. It was cool but most times, not even water found its way into my stomach!

Then the second month came...and I would dress up, and my mom would say "Bose, 300 lowa lowo mi o..." Then I'd tell her to bring it.
The first time it happened, I was already late as I rushed to my mom's room.
Without words, I waited for her to open her Bible and gimme money...she did open her Bible but she gave me 300N!

I smiled and told  her I had some money with me. I got to the stairs and quickly told myself I'd trek from Ogba to Ayo Alabi...then told myself that I'd wait for the Boss so I could get a ride even if its just to Agege.

Yes! I did trek to Ayo Alabi and I was wearing one yeye 'kokoka' shoe that my sister gave me.
Hmmm...Brethren, I was already used to not eating all day to go home and eat at night.

That day however, the yeye Secretary girl brought food to the office. Left her office, sat down in the newsroom where I was working on stuff and started eating!
She was eating Yam with ata didin and I wanted to say "Gift, I should comman eat?"

I didn't, even though my insides were twisting. I was nursing remember?

Like play, boss did not show! There were five other people in the office but I'd rather die than ask them for money.
I kept looking at the wall clock until it struck five!
Time to leave, no dime in my purse!

I stood up, went to the rest room...faced the mirror and began to dialogue on how best to collect money from my colleagues, I ended up crying in the bathroom...I couldn't bring myself to do it.

So I washed my face. Stepped out, carried my bag...bade them farewell and left the building cat walking all the way down...

(Please, I need to get another Fanta...or maybe erm, Whiskey)
- April 28, 2018
Email ThisBlogThis!Share to TwitterShare to FacebookShare to Pinterest