Linda Ikeji Welcomes Karma With A Smile And A Warm Embrace... 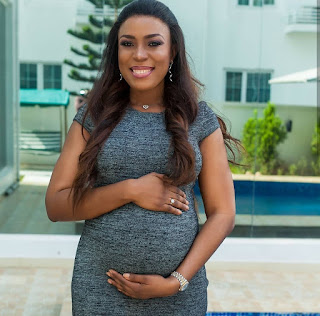 Nigerian blogger Linda Ikeji whose pregnancy announcement broke the internet on Saturday has reacted to trolls that have lashed at her since the announcement, according to her, this is karma at work!

Since the announcement of her pregnancy, there have been rumours springing up from different ends about the paternity of her unborn child, the authenticity of the pregnancy and even the fact that a 37 year old woman had sexual intercourse!

The biggest rumour however came from Kemi Olunloyo (That woman... Sigh) who swore on her undug grave that Linda Ikeji was wearing a prosthetic baby bump. "Linda is not pregnant, Linda is not engaged, Linda is not married" she cried looking every inch the mentally disturbed woman she claims to be.

Reacting to these several disturbing rumours, Linda Ikeji has not only unveiled the bump, but also showed us how to hide a bump from the public until we are ready to show off. 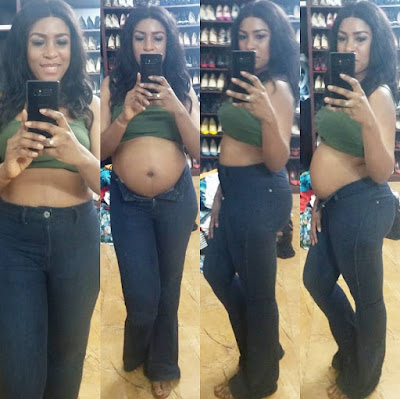 According to Linda, if she wanted to adopt or buy a baby, she would not necessarily through the stress off attaching a 'rubber' to her abdomen and wait for all of nine months.

Regarding her partner, the blogger said she is not ready to share him with the internet.
On Kemi Olunloyo, the expecting mother admits that Kemi is an unrepentant troll who has been on her case for many years... "But when she cried out for help last year, I ran to her aid".

Is Linda bothered about all these? No she's not, she understands how karma works, considering she's being a blogger for twelve years and either knowingly or unknowingly, she has stepped on toes!

- May 23, 2018
Email ThisBlogThis!Share to TwitterShare to FacebookShare to Pinterest